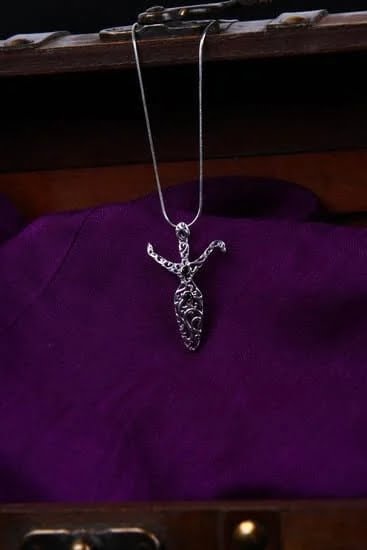 Platinum jewelry is often more expensive than gold, and for good reason. Not only does platinum have a beautiful silver-white sheen and a natural patina, it is also rarer and much stronger than gold, making it a coveted metal for everything from engagement rings to necklaces. But what are some of the reasons behind its price tag?

One reason that platinum is more expensive than gold is because of its rarity. Platinum is around 30 times rarer than gold, meaning that there is less of it available in the world. This makes it more valuable and increases the cost associated with creating jewelry with it. Additionally, extracting platinum from its ores takes longer and requires much more energy compared to gold extraction processes, adding to the total costs related to production.

Another factor contributing to the higher cost of platinum jewelry is its strength. Platinum is much denser than gold, meaning that you need more of it when crafting rings or bracelets which can lead to larger amounts being used in a piece of jewelry as well as increased labor costs for renovation due to frequent wear-and-tear. Furthermore, since platinum does not corrode or tarnish easily, it never needs to be polished or coated with rhodium like white gold does – this quality adds even more value over time to any investment made in platinum jewelry pieces.


Lastly, the precious white tone shades of polished platinum create an exquisite contrast with colored gemstones often used in design – these unique tones can’t be matched by typical yellow hues found in most gold pieces. In fact, many people refer to antique styled pieces crafted with this sparkling metal as “heirloom quality” thanks growing demand combined with diminishing supplies around the world.

All these factors together make purchasing items fashioned with platinum an expensive but worthwhile investment – ensuring years of enjoyment due their lasting quality and luster beyond normal metals such as brass or copper alternatives used by industry manufacturers today.

Platinum is a rare and valuable metal, making it more expensive than gold jewelry. It is extremely durable, making it more difficult to work with when crafting jewelry designs. This results in the higher cost associated with creating distinctive pieces with platinum. As a naturally occurring element, platinum has a density nearly twice that of gold, meaning the same size piece will be much heavier. The rarity of platinum makes it one of the most sought after metals and as a result, its value appreciate over time.

Platinum jewelry is also known for its quality and beauty that is unmatched with gold or silver pieces. When crafted into jewelry designs, the natural white color creates an eye-catching look that stands out from other pieces. This unique hue enhances diamonds or other gemstones which are often set in platinum jewelry due to its perfect match for their brilliant colors. Platinum also does not tarnish like other metals do and it does not corrode or rust either, so your pieces will look as perfect years from now as they did on the day you bought them.

Distinguishing the Rarity of Platinum

Platinum jewelry is more expensive than gold because it is rarer, making it more valuable. It is one of the rarest metals on Earth, with much less platinum produced per capita than gold. Platinum’s rarity starts with the mining process — while both metals are mined from ore bodies, there are often far fewer deposits of platinum compared to gold, resulting in a higher cost of acquisition for miners. This rarity then continues through to the manufacturing process, where it takes more effort and resources to purify and shape a pound of pure platinum jewelry compared to a pound of pure gold jewelry. This increased difficulty leads to a price point that is typically around 30% higher for platinum than its counterpart. Additionally, due to its weight, setting and polishing platinum requires special tools and methods typically not used for gold, adding further costs for those who want to turn raw metal into jewelry pieces. The end result is an intricate process that produces beautiful pieces from a metal that is incredibly rare and subsequently far more expensive than comparable gold items.

Platinum is a very rare precious metal that is about thirty times more rare than gold and it’s much harder than gold. It also weighs approximately 60% heavier than an equal volume of gold. So when it comes to cost, platinum has a higher value primarily due to its rarity and greater durability over time.

In addition to its rarity and weight, the scarcity of Platimum relative to Gold means that it is more difficult for jewellers to obtain an adequate supply of Platinum raw material. This further increases the cost of Platinum jewelry as compared with similarly sized pieces made of Gold alloys.

Furthermore, Platinum requires higher melting temperatures for fabrication into jewelry than does Gold– in some cases as much as 600 degrees Fahrenheit higher! This has an impact on both the labor costs associated with manufacture and tooling used in metalsmithing and can often force jewellery makers to employ specialized techniques which are not available with Gold alloy items. In addition, specialized processes such as welding often have an impact on processing time as well raising Jewelery production costs even further.

The Maintenance and Care of Platinum Jewelry

Platinum jewelry is often more expensive than gold because it is a rare metal, and the process for refining it can be quite costly. The rarity of platinum means that mining, refining, and manufacturing all cost more compared to gold. Furthermore, platinum is heavier and denser than gold which makes it more difficult to manipulate. This also contributes to the higher cost of platinum jewelry compared to gold.

The maintenance and care required to keep platinum jewelry looking shiny and new is more extensive than gold too. Platinum should be cleaned frequently with warm soapy water and a soft cloth or brush to remove any dirt or oils that build up over time. It shouldn’t be exposed to harsh chemicals such as chlorine or sulfuric acid because they can irreversibly damage the metal. Platinum also needs to be polished every now and then with mild polishing agents that won’t harm the precious metal’s integrity. Lastly, just like any other fine jewelry item, you will want to get your platinum pieces checked occasionally by a professional jeweler for any signs of wear or tear.

Platinum jewelry is known for its superior quality and value in comparison to gold jewelry. Platinum is more expensive than gold because it rarer, denser, heavier and much purer in its composition. It is also more sought after as a luxury item because platinum has become associated with wealth and status symbol. It can often be seen on celebrities wearing stunning pieces of platinum jewelry, and thus the demand for this metal continues to increase. Unlike gold, platinum jewelry retains its value over time and can actually appreciate due to environmental scarcity and higher levels of labor involved in mining it and crafting the pieces. Although some platinum is alloyed with other metals, most of it is around 95-98% pure and, when compared to 18K or 14K gold, it retains its shine longer making it a permanent investment as well.

READ
What Is Spinel Jewelry

Platinum jewelry has been surging in popularity over the years for its timeless and elegant look. Its sleek shine and strength make it a favorite choice among fashionistas everywhere. But why is platinum more expensive than the traditional gold jewelry?

The main difference between platinum and gold lies in their natural makeup — that is, their chemical structure, weight and density. Platinum is a rarer metal than gold, meaning it’s mined much less often. Along with being rarer, the metal is denser than gold, so platinum pieces generally weigh heavier than gold—this means more material and a higher price tag. In addition to this distinct feature comes the fact that no two platinum pieces are exactly alike due to each one’s individual molecular composition. This shine gives platinum indelible value as you can be sure no one else will have an exact duplicate piece as your own.

Platinum also has unique properties that make it well-suited for designer jewelry creations they cannot achieve with other metals – thus providing additional exclusivity to those who don it. The metal is resistant to corrosion or discoloration which makes its polished shine last longer than other pieces of jewelry such as those crafted from gold or silver alloys. The combination of purity and durability makes it ideal for creating beautiful fine jewelry able to stand time’s test — ultimately making its price tag understandable if not always affordable when compared to gold items on its brighter side.


Platinum jewelry is much more expensive than gold for several reasons. First, the rarity of platinum makes it approximately 30 times rarer than gold. This means that its overall supply is limited – leading to higher prices. Additionally, Platinum has a greater density and heavier weight compared to Gold. This also contributes to the higher pricing of Platinum products as it takes more effort and raw material to create and craft each item. Furthermore, Platinum is very malleable and ductile, making it ideal for intricate designs in jewelry pieces.

Finally, Platinum jewelry offers a luxurious gleam that gives it an impressive shine and luster unlike any other metal. This visual appeal makes the items appear even more expensive when compared to equivalent Gold pieces. Taken together, these factors make Platinum an extremely valuable option for someone looking for a certain level of sophistication in their choice of jewelry materials, as well as long-lasting value for investment pieces.